A fledgling Powerful Owl and its parents 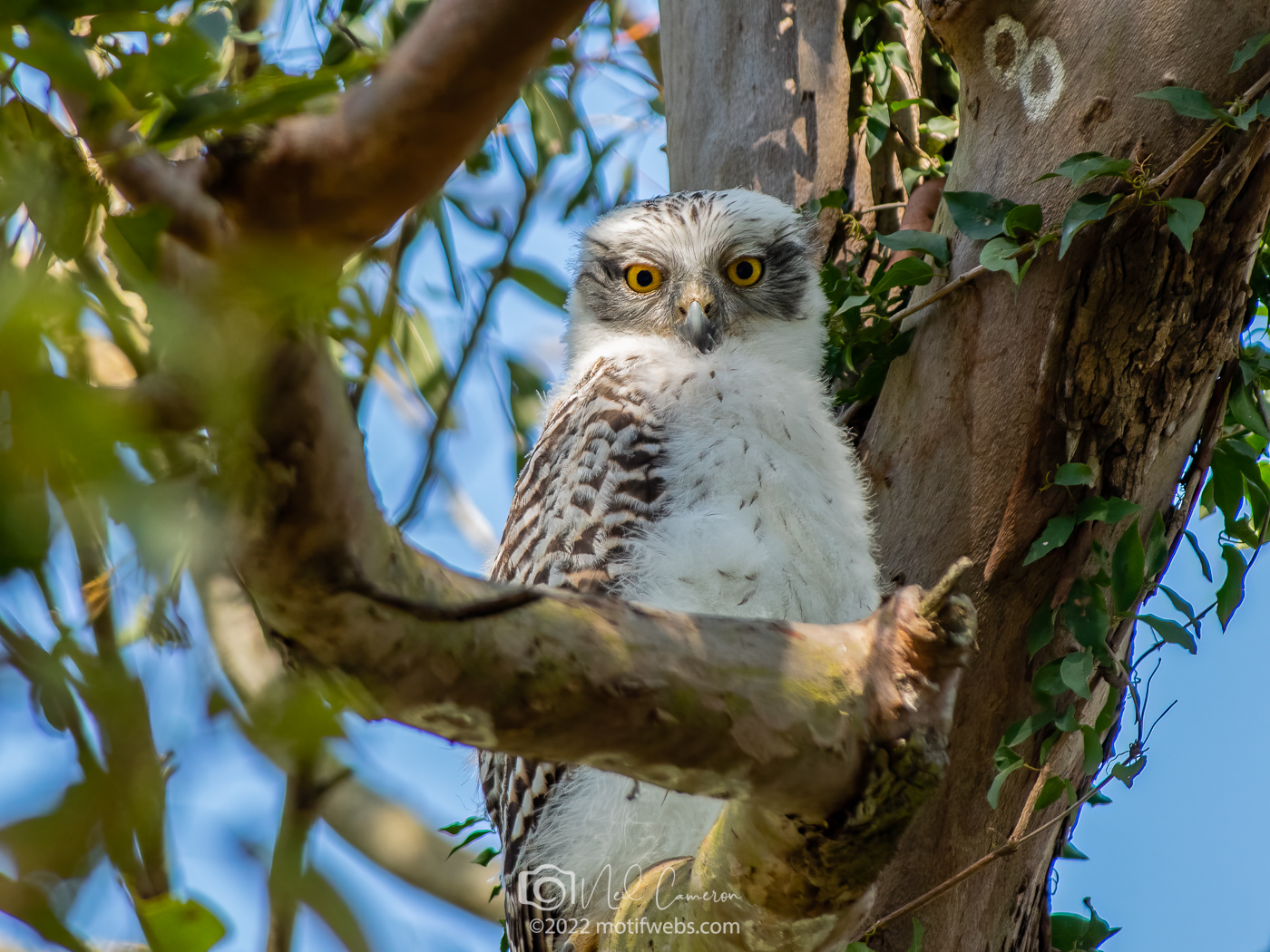 The long-awaited local Powerful Owl (Ninox strenua) chick has fledged and is now fluffily staring down at it's admirers with curious contempt.

The parents are close by and as can be seen in the image were basically cuddled up with each other, while keeping a close eye on both the chick and the photographer. I don't think I'd like to get on their bad side after having seen what they do to possums and fruit bats. 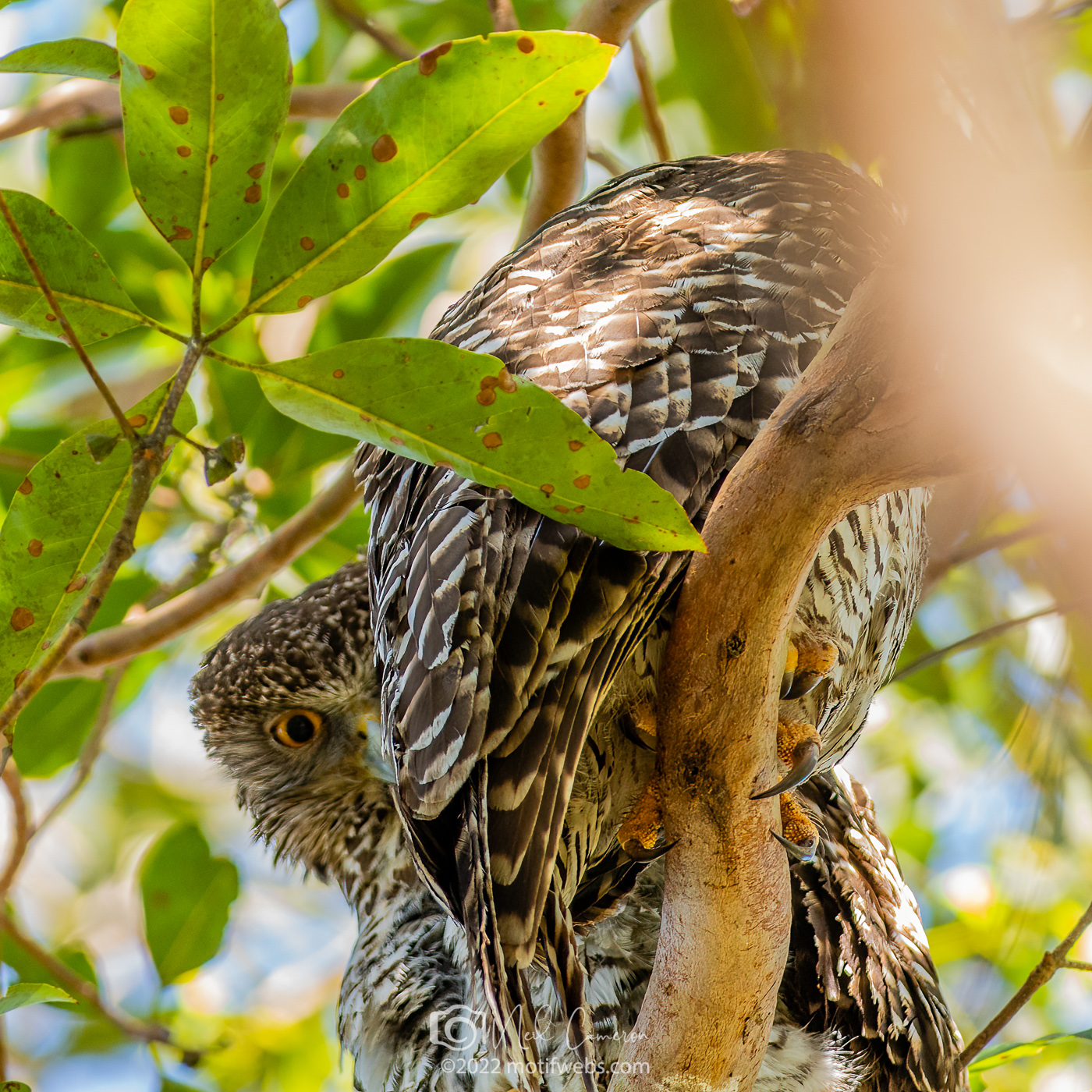 Hopefully this year the POwl trio won't be mobbed with photographers and onlookers, but I suspect once the word's out (and the location is guessed at) then it may all get a bit busy again. Still I really can't blame people for wanting to see and photograph such a beautiful bird, and why should that pleasure only remain with those who are in the know. A little bit of a quandary really, although one I addressed by keeping my images under-wraps until after the prime observers had released their photographs.

In discussion with them, their tactics had been that after the fledgling first emerged from it's nesting hollow on Thursday evening, they'd keep quiet about it until Monday to prevent a frenzied weekend. I had no problem with that approach and kept my Sunday images to myself. 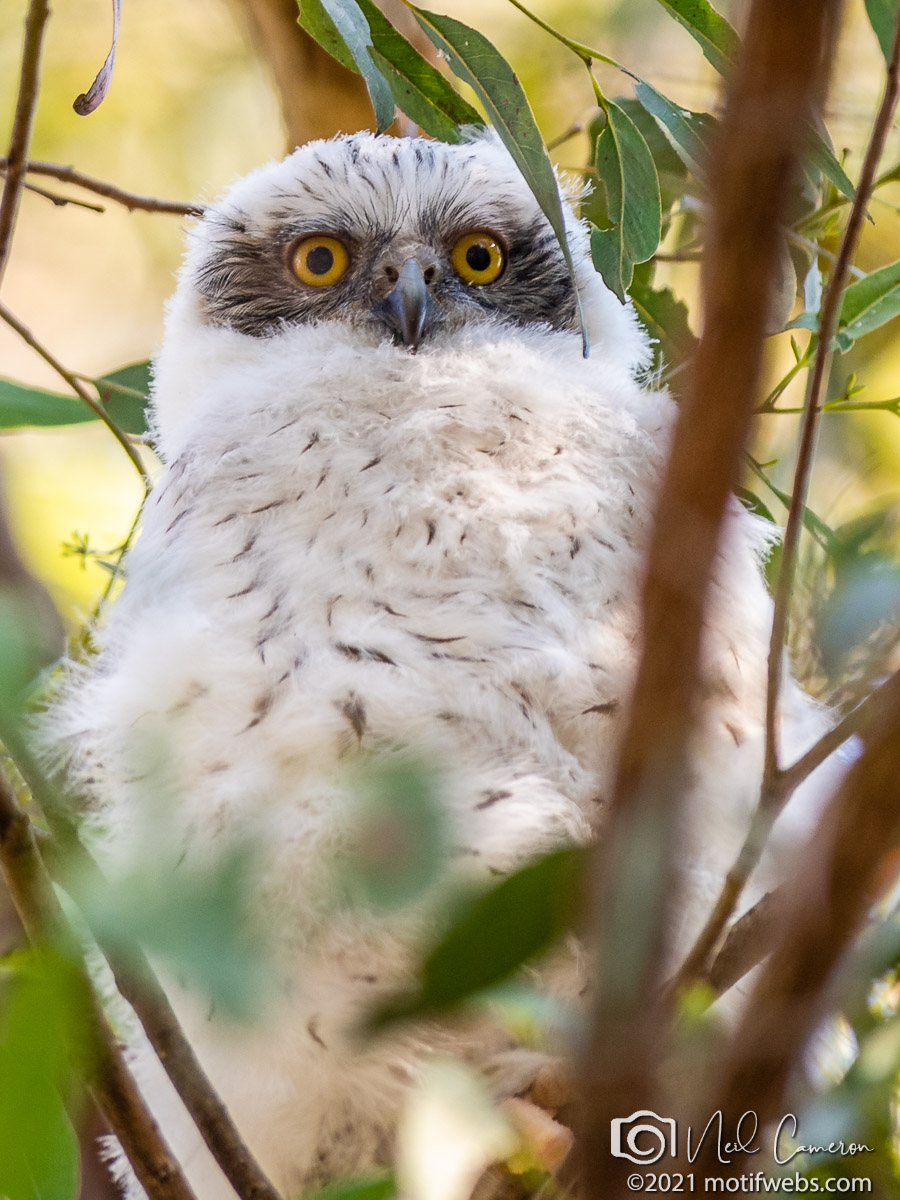 2021 Powerful Owl chick from the same pair of parents

And dad was equally watchful. 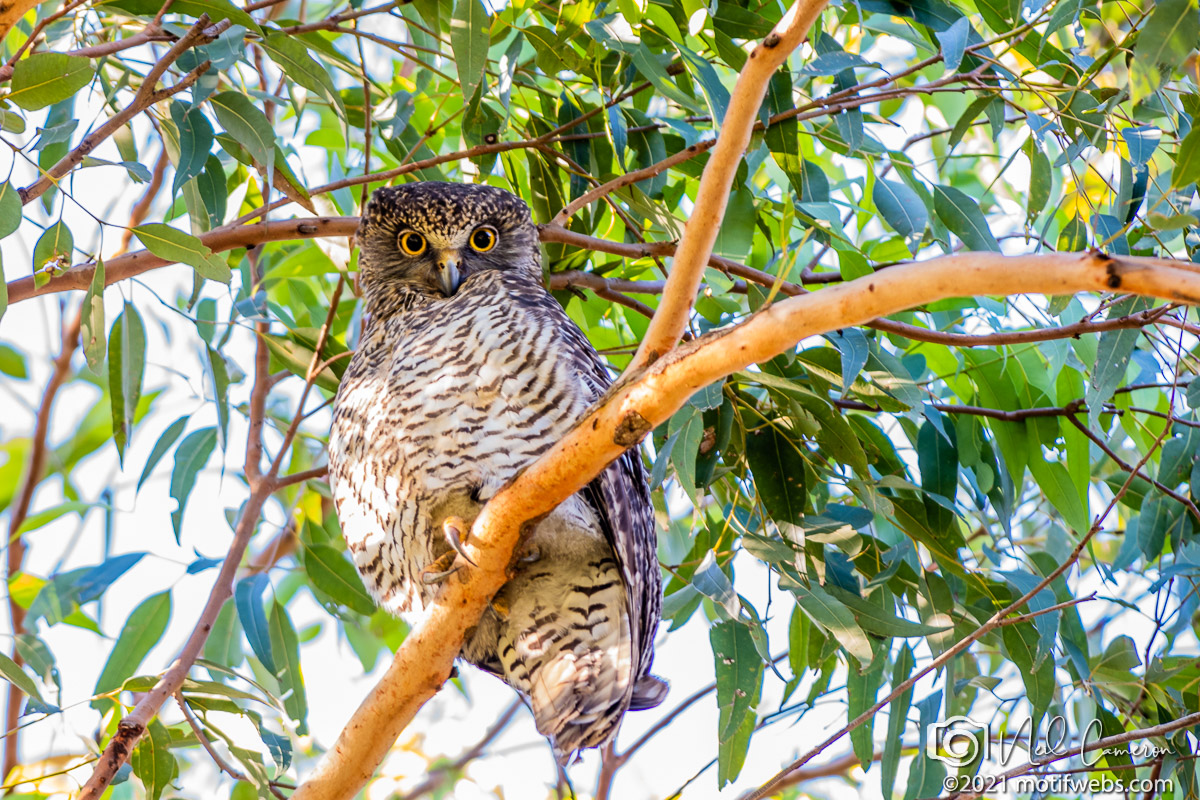