The Beauty
of Rainbow Bee-eaters

And a Rainbow Lorikeet 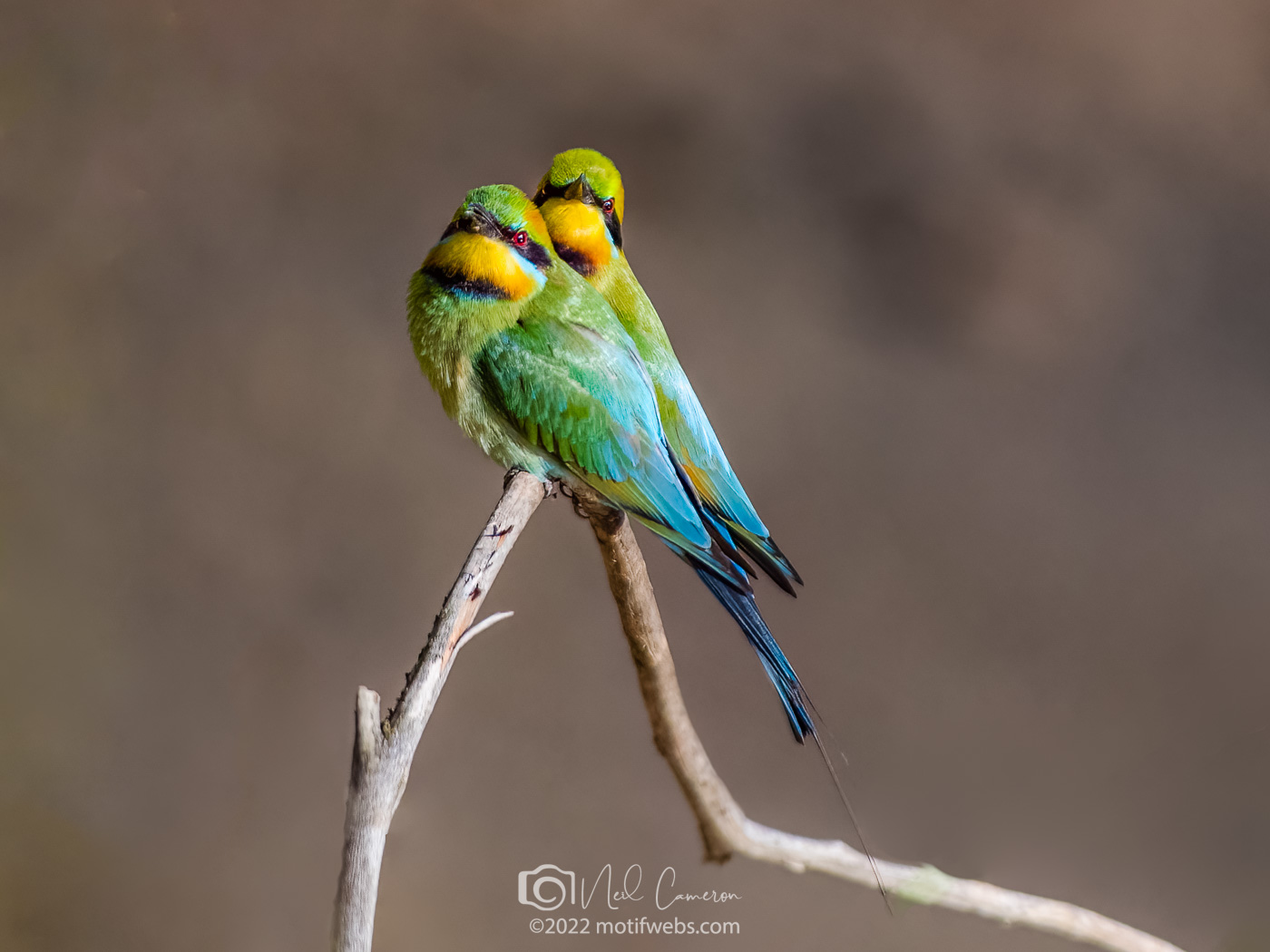 There's no denying that the Rainbow Bee-eater (Merops ornatus) is one of those spectacularly coloured birds so often found in Australia and the tropics. The gorgeous range of colours from greens to golds to oranges to blues to aquas to black to red eyes - it's all just too much really. However, I must admit that you become a little blasé about such vibrancy. After all the larger, similarly garish Rainbow Lorikeet (Trichoglossus moluccanus) is an extremely common bird around here.

So much so that I also encountered them when I went specifically to photograph the bee-eaters at Sir John Chandler Park sandwiched between the Brown Snake, aka the Brisbane River, and Indooroopilly Golf Course. Of course, I just had to shoot this one with the morning light shining on it as it fed on a crimson flowered Callistemon. 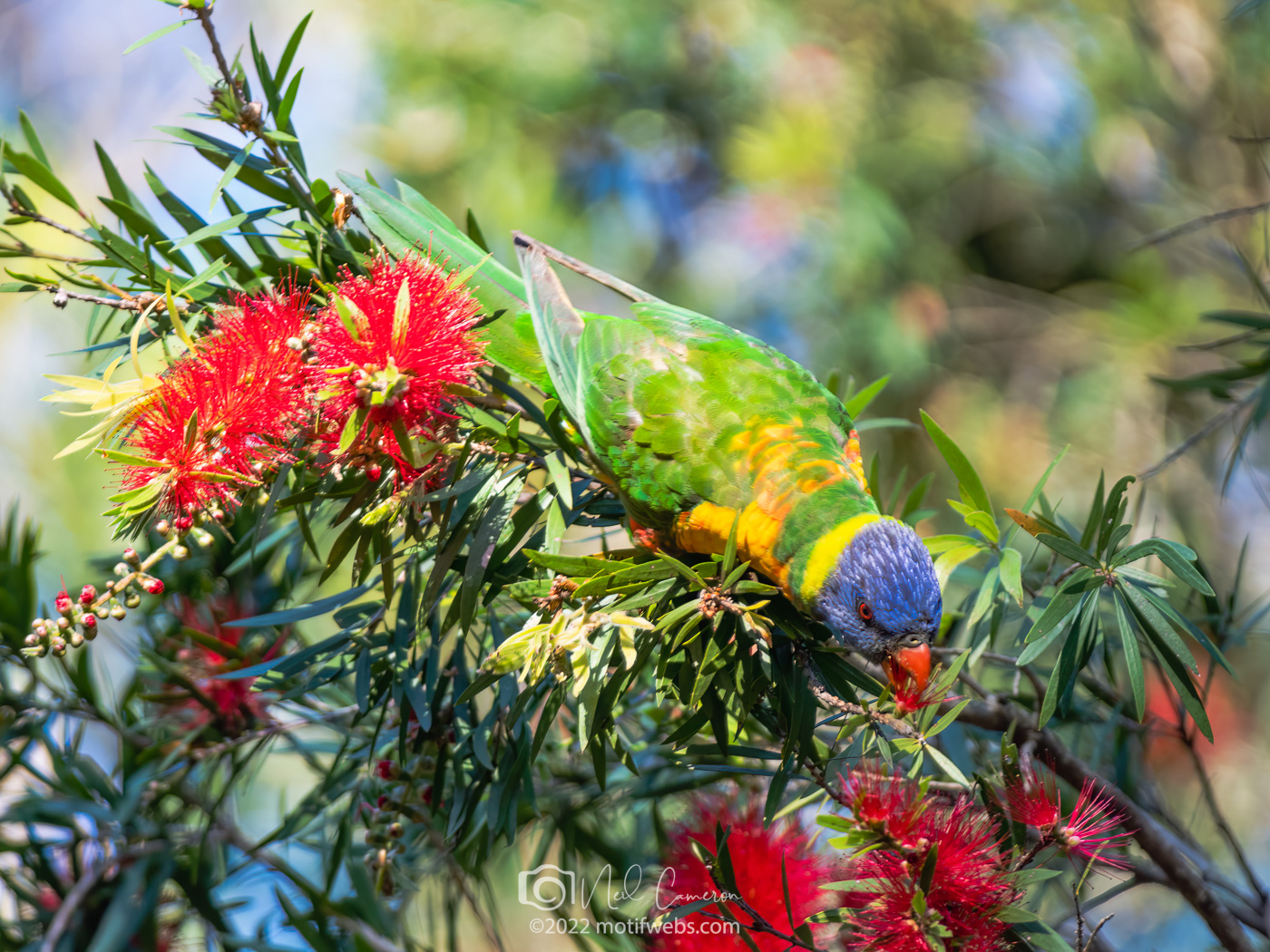 Anyway, I'm drifting off point. One of the many interesting things about Rainbow Bee-eaters is that part of the courtship is the males catch bees while in flight and then offer them to their desired female. Showy bird, showy gifts. Certainly, it's quite the sight watching them swoop from the perches along the riverside out over the water to catch bees, butterflies and other flying insects. One day, I'll get an image of the bird in-flight...one day.

Speaking of the river, the birds nest in the sandy cliffs of the river bank. However, before they can nest, they must court and one of the important parts of that is the male gifting the female bees that he has caught. Below we see a male, the bird with the longer tail 'streamers' of the two, singing after the female has accepted his gift. 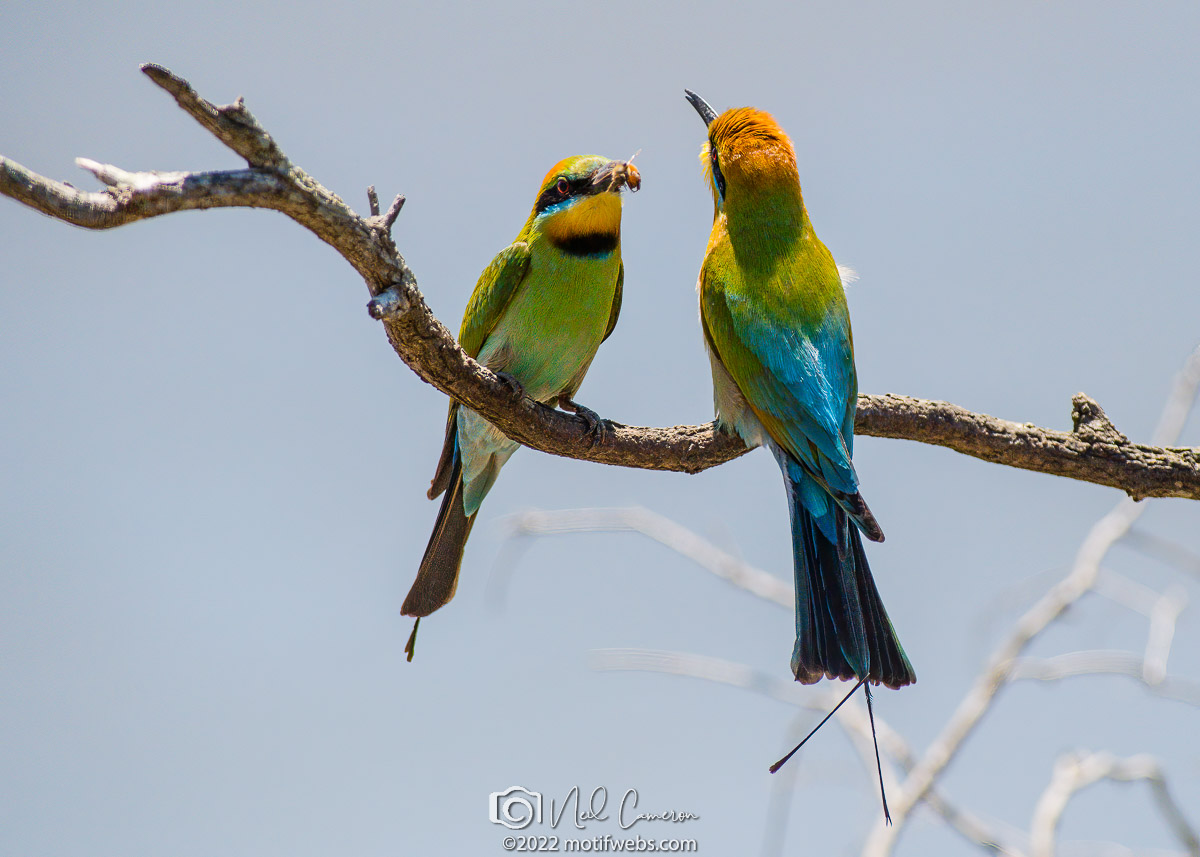 All in all, one of Brisbane's iconic birds, the beautiful Rainbow Bee-eater. They truly are stunningly spectacular in the soft light of an overcast morning with the bird set against the backdrop of the river. 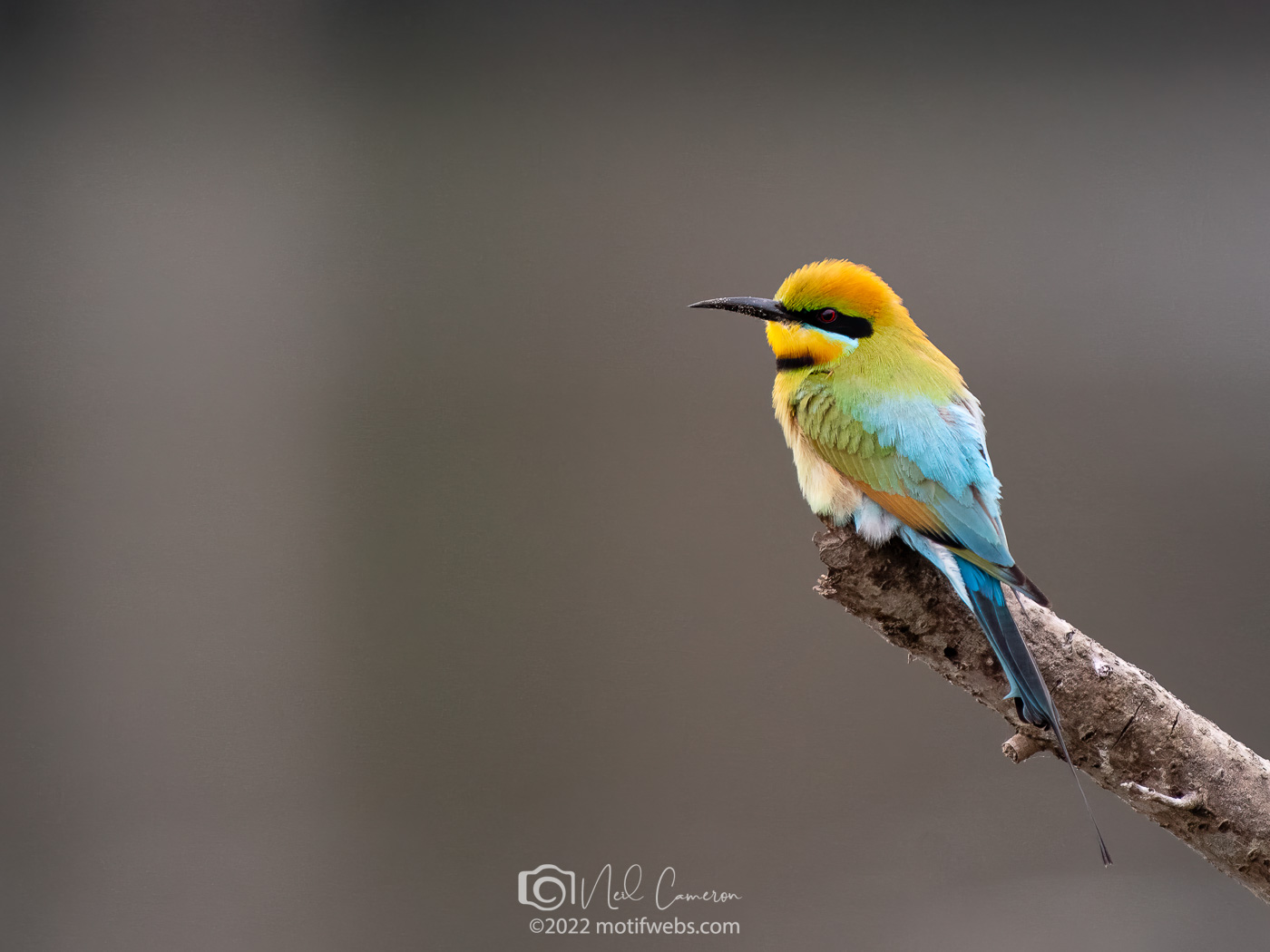 And yet they also shine in brilliance under the harsh sun of a clear bright day. 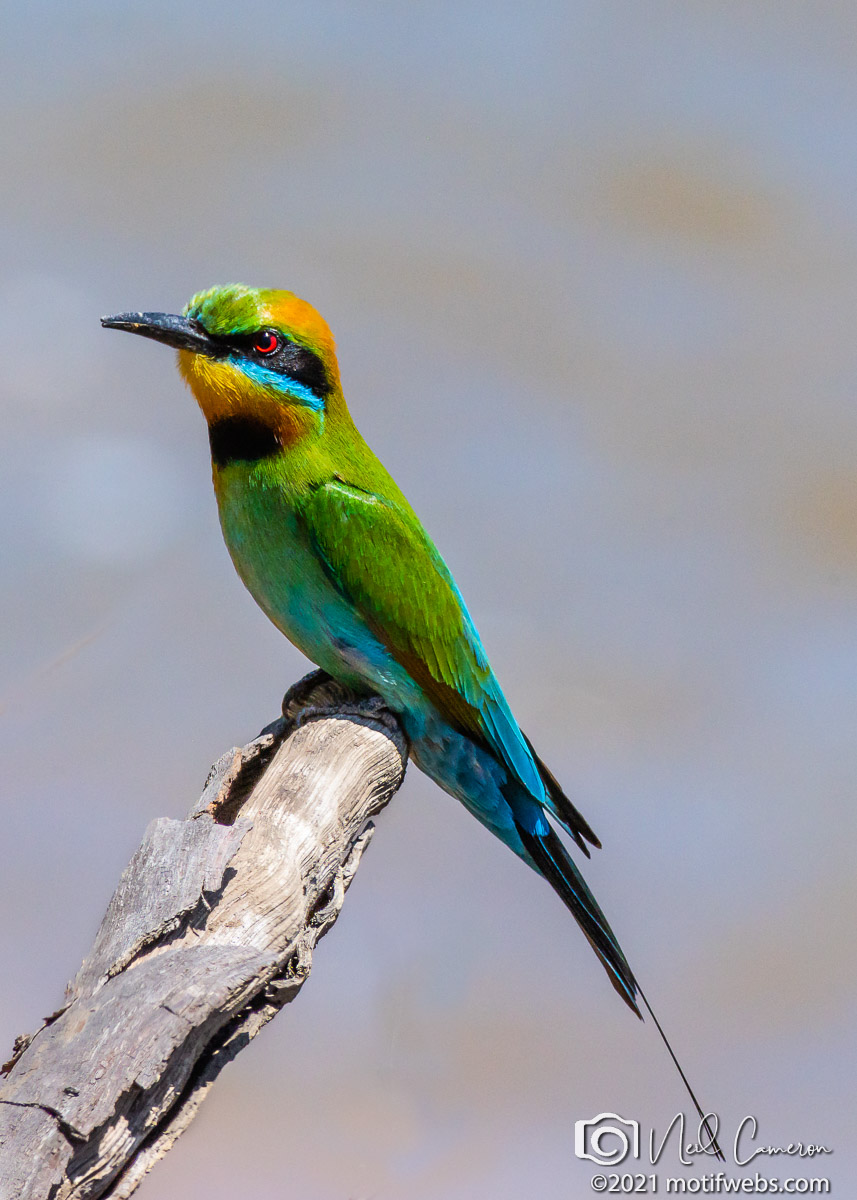